Both Breanne Burgess and Michelle Chu, the IU School of Medicine’s 2022 Hester Scholarship recipients, want to change the end of the story for patients diagnosed with cancer.

“As soon as a person is told they have cancer, they begin preparing themselves for something awful. I want to be able to say, ‘Give me your tumor, and let me see if there’s something we can do,’” Burgess said.

“Few other diseases have such a long treatment course filled with false hopes and temporary remissions. At the same time, few others have such levels of elation and celebration when it ends well. I want to be part of improving care and treatment so we can see more elation,” echoed Chu.

To get there, Burgess and Chu both enrolled in the IUSM’s MD/PhD program, which gives them the chance to earn the two degrees in up to two years less than earning them separately. 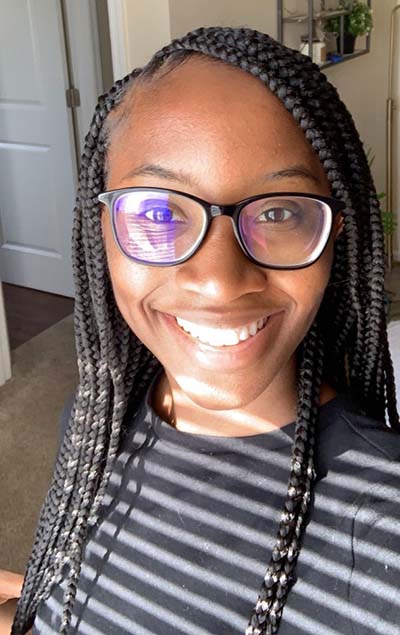 Burgess said that having both degrees give doctors a unique perspective on disease treatment.

“When you’re in clinic, you follow the algorithms and protocols you’re taught until new ones come out. However, being a physician scientist, I can work in clinic while progressing the science that drives those protocols,” she said. “With this program, I can explore a treatment algorithm in the lab, then maybe five years later be following it myself in clinic. I’ll be progressing science and seeing firsthand how it helps patients.”

She’s doing some of that already in the only program of its kind in Indiana: the Precision Genomics Program at Riley at IU Health, which develops personalized treatments for children with aggressive cancer.

“I’m really proud of that work. Through the core, students like me and other cancer researchers can access b sequencing data from a patient’s tumor, elucidate any aberrations, address those aberrations through experiments in lab, and all the while the patient continues to receive care at Riley. It is very translational in that aspect,” she said.

Growing up in New Jersey, Burgess became intrigued by the medical care given to her ailing mother and brother but had no way of knowing what being a doctor was like. A love of science drove her in college to major in biochemistry “to get my footing,” she said, and she tacked on two minors to give herself more career options.

Even then, she still wasn’t entirely sure what to do when she graduated. She’d volunteered at hospitals and gained some research experience. A biotech startup in North Carolina’s Research Triangle hired her to head up the microbiology lab.

“I got bored,” Burgess admitted. “I was designing my own protocols and experiments. But in a pharma company, at the end of the day your job is done.”

Wanting more, she joined a pediatric oncology lab to conduct research around rhabdomyosarcoma, the most common type of sarcoma found  in children.

“I was happy! I got to shadow my principal investigators, who are experts in their field, and I thought, ‘This is cool!’” she said. “So, I decided to dive in.”

“In these interviews, you’re grilled about your research, where your interests lie, how much you know about their programs and so on. Some schools just presented themselves like, ‘You need us more than we need you, so prove why we should have you here,’” Burgess said. “IU was more like, ‘Everybody who makes it to an MD/PhD interview is an exceptionally skilled person already. We respect that.’ They were much more welcoming and knew what opportunities they could offer that I would be interested in. I felt valued.”

The Hester Scholarship has reinforced that feeling.

“It’s already enabled me to get supplies for the lab. I have travel money. I’m going to the Children’s Tumor Foundation conference this summer with that funding. And the Hester Scholarship application was the first time I had spelled out my research and career trajectory, which is something I’m going to have to do for the rest of my career to get grants and funding. It was an awesome way to do that.” 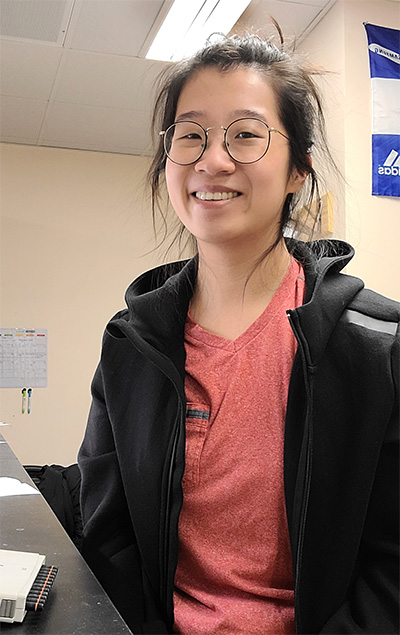 Chu’s desire to help patients celebrate reflects her comprehensive view of practicing medicine. The Cincinnati native chose to pursue biomedical instead of biological research because the former translates more directly into treatments for cancer patients.

“Research and patient care both benefit greatly when informed by each other. I simply wanted a foot in both worlds,” Chu said. “The idea of performing research to improve cancer treatment along with the potential ability to see my research improve a cancer patient’s quality of life is highly motivating for me.”

She studied neurological communication pathways in fruit flies in high school  and assessed bacterial homeostatic signaling pathways and was enthralled by an immunology class as a college student. It all brought Chu’s fascination with how signals are passed from one cell to another into focus.

That summer, she explored whether the signaling pathways of T cells (a type of white blood cell in the immune system) could hold potential for ways to avoid sepsis after exposure to probiotics.

“That was exciting, both because I was able to look into the details of protein interactions in a signaling cascade and because it had such a clear clinical correlate. The question then turned to what pathology I would be interested in focusing on,” Chu said. “As cancer is such a physically and emotionally debilitating disease, that’s where I want to focus my efforts as a future physician-scientist.”

She matriculated into the MD/PhD program with the goal of a career in immuno-oncology. Now in the fourth year of the program, preliminary data from her research is promising. She is testing ways to extend the lifespan of a patient’s CAR T cells, a type of engineered white blood cell that can help fight cancer.

“An exciting field of research in T cell immunotherapy lies in preventing T cell exhaustion, which is pretty much what it sounds like – the T cells get tired in the toxic tumor environment and can no longer effectively eliminate cancer cells,” Chu said. “Our project focuses on different lab methods of making these T cells take longer to reach exhaustion, giving them time to eradicate more cancer cells.”

The Hester Scholarship’s timing is impeccable, she said.

“It will provide funds to springboard off our preliminary data and continue our CAR T cell research that otherwise might have progressed more slowly.”

Cindy Dashnaw finds and tells nonprofit stories that inspire audiences to share, show up and support. She honed her ability to craft a message that fits an audience during 20 years in nonprofit PR and communications. Now a freelancer, she's a copywriter and a storyteller for nonprofits across the United States. And she earned her degree from IUPUI.

The IUSCCC Merilyn Hester Scholarship fund was created to assist medical and/or Ph.D. students pursuing degrees in biomedical sciences and who have demonstrated an interest and potential for conducting pediatric hematology or pediatric oncology research and who have not received any other type of scholarship or grant for the upcoming academic year. Successful applicants are students who have a strong academic record, have outstanding character and well-defined professional goals.