An extraordinary gift for a life-changing center 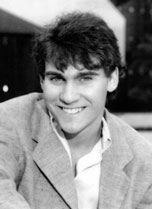 The IU Simon Comprehensive Cancer Center gratefully acknowledges Bren Simon and her late husband, Melvin, for their extraordinary gift of $50 million to name our center.

The donation supported the 2008 expansion of the cancer patient care facility and established the Joshua Max Simon Cancer Research Fund, a faculty recruitment and research endowment memorializing the Simons’ son.

About Melvin and Bren Simon 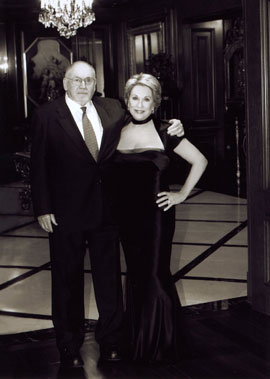 Melvin Simon, who passed away in 2009 at age 82, was a well-respected and accomplished businessman and a pillar of the Indianapolis community. A native of Brooklyn, N.Y., Melvin Simon was co-chairman of Indianapolis-based Simon Property Group Inc., a member of the S&P 500, and the largest U.S. publicly-traded real estate company.

Mr. Simon supported numerous charitable, political, and civic organizations. He had also earned many distinctions, including Jewish Welfare Federation’s “Man of the Year,” The Horatio Alger Award, and a seat in the Central Indiana Business Hall of Fame.

In 2003, he was named a “Lifetime Trustee” of the Urban Land Institute and was a former trustee of the International Council of Shopping Centers. Mr. Simon earned honorary doctorate degrees from Indiana University Kelley School of Business and Butler University and was a member of the Real Estate Legends Hall of Fame housed at the USC School of Urban Planning and Development.

She is also a member of the board of directors of CHIP (the Coalition for Homelessness Intervention and Prevention) and the Indiana Natural Resources Foundation. She served on the board of advisors for the Indiana Children’s Wish Fund, the Heartland Film Festival and Dance Kaleidoscope.