Hal E. Broxmeyer, PhD, a pioneer in the field of cord blood transplantation whose research saved tens of thousands of lives, passed away in December 2021.

Dr. Broxmeyer was an IU Distinguished Professor, serving as the Mary Margaret Walther Professor Emeritus, Professor of Microbiology and Immunology, and senior advisor to the director of the IU Simon Comprehensive Cancer Center.

Dr. Broxmeyer strongly believed that the collaborative pursuit of scientific principles and experiments made the world a better place for everyone.

Join in honoring his legacy as a research pioneer and passionate mentor by making a gift to the Dr. Hal Broxmeyer Fellowship to support research fellows in the department he called home for almost 25 years.

Give Online Other Giving Options

One of Dr. Broxmeyer's proudest achievements was the work that made possible the first cord blood transplant, which took place in Paris on Oct. 6, 1988. His lab did the basic scientific proof-of-concept research in advance of the transplantation.

He had the cryopreserved cord blood flown to Paris for the transplantation, buying a separate seat on the Pan Am flight for the "Big Boy" dry shipper cryopreservation tank that contained the cord blood.

The foundational publication on the viability of cord blood transplantation followed in 1989. He also started the first cord blood bank at Indiana University.

Since then, there have been an estimated 40,000 cord blood transplantations performed. Saving cord blood for future use is now a standard option presented to parents with newborns.

What Dr Broxmeyer brought to science most of all was a passion for research, a love of discovery, and a desire to advance human knowledge through commitment, collaboration, and creativity.

The application of pure science to better our daily lives was Dr. Broxmeyer's foremost pursuit during his almost 50-year scientific career, all of which was continuously funded by grants, including from the National Institutes of Health.

After graduating from Brooklyn College in 1966, he received his M.S. from Long Island University in 1968 and his Ph.D. from New York University in 1973. He completed his post-doctoral fellowship at Queen's University, Kingston, Ontario, in 1975 before working at Sloan-Kettering Institute in New York from 1976 to 1983.

He then came to IU Medical Center for the remainder of his career, which included serving as scientific director at the Walther Oncology Center from 1988 to 2009 and chair of the Department of Microbiology and Immunology from 1997 to 2010. 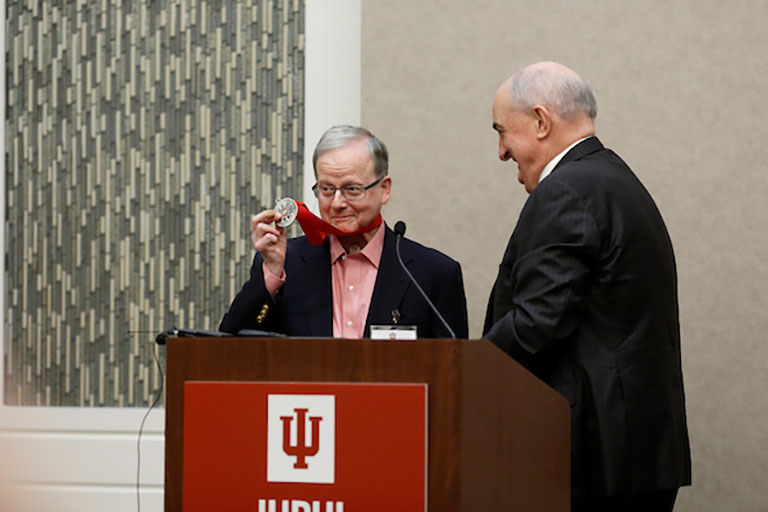 Over the course of his career, he traveled throughout the country and internationally to participate in scientific conferences, review scientific publications, and collaborate with colleagues all over the globe.

Dr. Broxmeyer took particular pride in his lab's published work on the enhanced growth of hematopoietic stem and progenitor cells in hypoxic (low oxygen) environments. He was especially touched in 2019 when he received a "Thank you, Hal" book with messages from many of the people whose lives were saved by cord blood transplantation.

His significant research achievements are reflected by his record of more than 838 peer-reviewed published scientific papers, which have been cited more than 72,552 times.

Throughout a long and productive career, Dr. Broxmeyer received distinctions of the highest order, including: 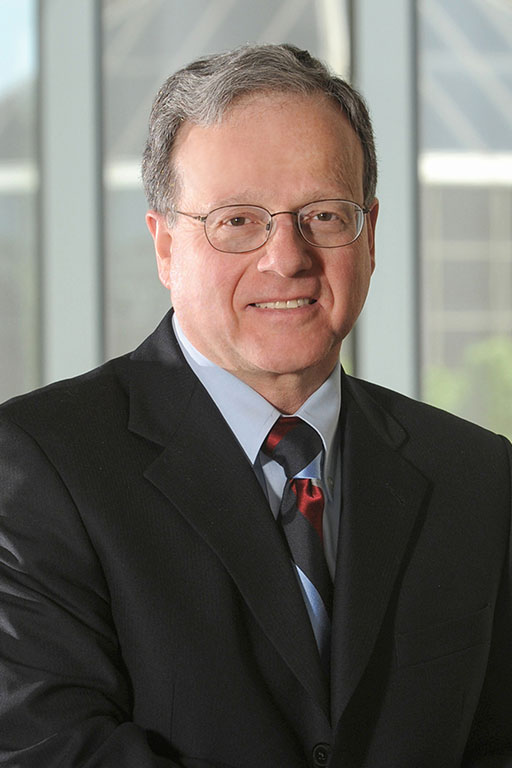