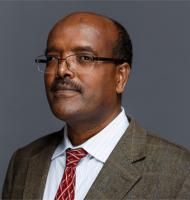 My research focuses on understanding the genetic and non-genetic (e.g., as drug-drug interaction (DDI) mechanisms responsible for the inter-individual variability observed in drug pharmacokinetics and in drug effects.My work encompasses analysis of drugs and metabolites, metabolite profiling, pharmacokinetics, DDIs, pharmacogenomics and quantitative clinical pharmacology. My current support (R01 GM121707) is designed to study the complex stereoselective metabolism of bupropion and DDI with CYP2D6. Bupropion (BUP), a dual dopamine-norepinephrine reuptake inhibitor and nicotinic receptor antagonist, is widely used for the treatment of major depression, seasonal affective disorder, and as a smoking cessation aid. Bupropion, co-formulated with naltrexone, has been approved by the USA FDA for weight management in obese patients. However, patients widely vary in their clinical response and adverse effects to BUP therapy. This variability and clinically important CYP2D6-dependent drug-drug interactions (DDIs) compromise optimal and safe use. The mechanisms responsible for this variability and for CYP2D6-dependent DDIs are unknown. BUP pharmacologic activity in vivo is due to active metabolites: 4-hydroxyBUP formed by CYP2B6 and threo-/erythro-hydroBUP formed via carbonyl reductases. Steady state plasma exposures of these metabolites after BUP therapy greatly exceeds that of BUP (up to 22-, 12- and 2.7-fold higher, respectively), vary widely among patients and this variability appears to predict treatment outcomes and side effects. To date, specific mechanisms responsible for variable metabolite exposure remain unknown. BUP is administered as a racemic mixture and biotransformation to active metabolites introduces additional chiral centers, generating multiple diastereomers with unique pharmacological profiles. Our long-term goal is to understand the causes of interindividual variability in bupropion beneficial/adverse effects and clinically important DDIs associated with it and use this knowledge to choose drugs, doses and regimens that are effective and safe for individual patientsimprove BUP therapy through understanding mechanisms influencing BUP efficacy and safety. As a first step, we focus on comprehensive elucidation of the complex sequential stereoselective metabolism and disposition of BUP and metabolites and identification of mechanisms underlying clinically relevant CYP2D6-dependent DDIs. Upon completion of the research proposed here, we expect to be in possession of a comprehensive knowledge base on the stereoselective metabolism and pharmacokinetics of bupropion and its active metabolites and the impact circulating metabolites may have on CYP2D6 inhibition. The findings and the tools that will be generated from these studies will not only significantly transformed the landscape of basic and clinical research possibilities and eventually advance the understanding of variable efficacy and safety associated with BUP therapy, including smoking cessation efforts. The data generated will place us in a unique position to forge collaborations with clinicians to elucidate mechanisms and factors (genetic and environmental) that are responsible for the large interindividual variability in bupropion treatment outcomes. In the past, I served as a co-investigator and director of the Metabolism and Analytical Core and co-investigator of the NIGMS funded Consortium on Breast Cancer Pharmacogenomics (COBRA), part of the NIGMS funded Pharmacogenetics Research Nework, for more than 10 years. We were the first to comprehensively describe the disposition of several drugs used in the treatment of breast cancer (tamoxifen, anastrozole, letrozole and exemestane). The results were fundamental in subsequent pharmacogenomics and outcome studies. We were the first to discover and report the structure of endoxifen, the active metabolite of tamoxifen, and through a sequence of experiments, subsequently demonstrated how CYP2D6 drug interactions and genetic variability were crucial determinants in controlling endoxifen systemic exposure and treatment outcomes in patients with breast cancer. Our data significantly catalyzed worldwide research and efforts to personalize tamoxifen therapy. Moreover, endoxifen is now under development for the treatment of breast cancer and for bipolar depression. Our publications in this area continues